The database is intended solely for scientific, non-commercial, and research purposes and adheres strictly to the German copyrights legislation.

Please abide by the ‘License’ and ‘Conditions of Use’ for using or reproducing photographic material.

Inscriptiones Christianae Graecae (ICG) is a digital collection of early Greek Christian inscriptions from Asia Minor and Greece dating from ca. II–VI CE. In continuation of a repository published in edition|topoi, the primary objective of the ICG database is to collect systematically and organise regionally all the known early Greek Christian inscriptions from Asia Minor and Greece dating approximately between the second and the fifth or sixth centuries AD. This digital collection does not constitute a digital epigraphic corpus per se, nor is it intended to replace printed critical editions of the original texts. Rather, it is a repertory whose primary purpose is to record early Greek Christian epigraphic documents, and to assist researchers with the analysis and interpretation of material to write historical accounts on the rise and expansion of Early Christianity in Asia Minor and Greece in the series ECAM and ECG.

The database contains so far more than 4,300 inscriptions and 6,200 images from central Anatolia (Lycaonia, Phrygia, Galatia) and from mainland Greece (Attica, Corinthia, Central Greece, Macedonia, and the Peloponnese), the northern Balkans (e.g. Thracia), and some Aegean islands. Inscriptions from the northern, western, and southern coastal regions of Asia Minor (e.g., Asia, Caria, Ionia, Bithynia, Pontus, Pamphylia and Pisidia, and  Cilicia) and the remaining Agean islands, will also be processed and included in the database in the coming few years.

Each ICG entry features the original Greek text, a German or English translation, a concise critical apparatus and commentary, images (whenever available), as well as all the relevant information pertaining to dating, ancient and modern provenances, current location, and circumstances of discovery (whenever such information is known). Scans of squeezes of inscriptions found in Greece are used by courtesy of IG (BBAW). The database allows simple searches of single terms, be they letter combinations or words, in the original (normalized) Greek (and sometimes Latin) texts and in the German or English translations and commentaries.

The database also allows for more complex searches by combining various filters (‘Dating’, ‘Region’, etc.). For more information, please read the detailed instructions under the search tool bar on the inscription list page by clicking on the question mark sign (?).

(Also note, not all available inscriptions and illustrations can be seen in open access. Researchers can request more comprehensive access from the project leaders.) 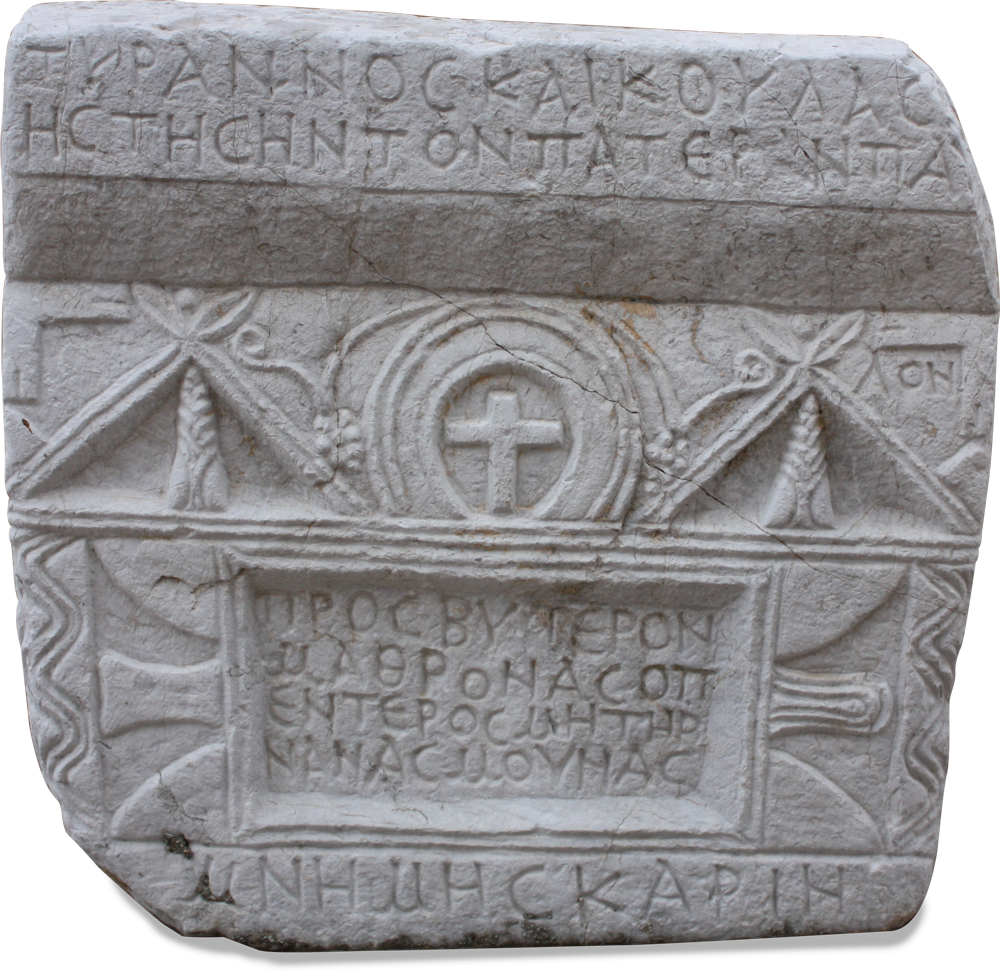 While some of the above-mentioned clues may not always represent conclusive evidence when found on their own, a combination of several of these increases the likelihood that the inscription is indeed Christian.

The editors intentionally adopted a more inclusive (rather than exclusive) approach in selecting and collecting the material. The database thus includes a number of documents that cannot be identified with certainty as Christian, or that were once thought to be Christian by earlier editors but which may no longer be so considered—in such cases, a concise discussion is generally included in the ‘Comments’ section, leaving the final decision to the user.

Inscriptions in the database should be referenced as, e.g. ICG 811

Below is a succinct list of other helpful epigraphic databases or collections.

The Last Statues of Antiquity

The Europeana network of Ancient Greek and Latin Epigraphy